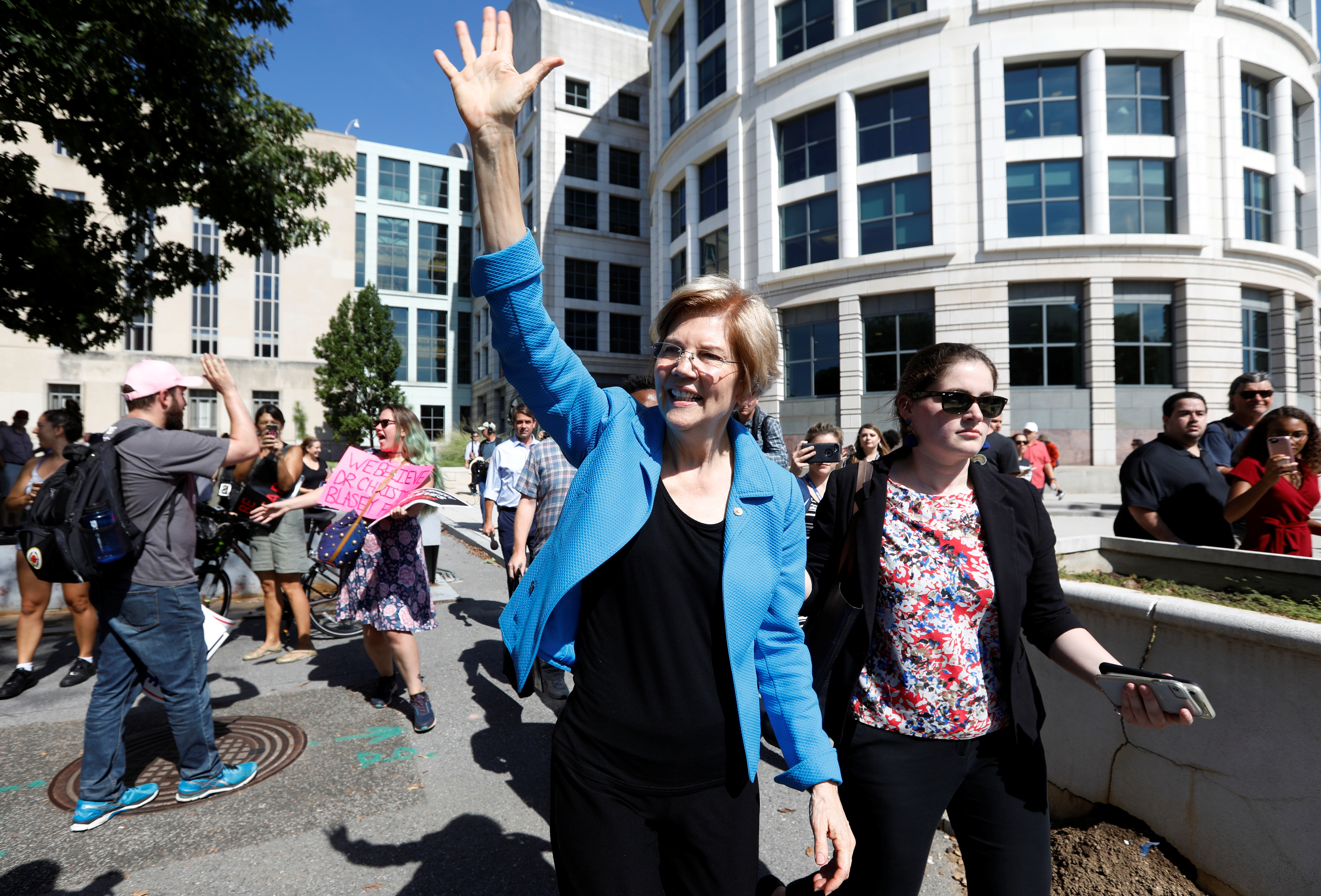 Sen. Elizabeth Warren has made fighting big technology companies a key focus of her Democratic presidential campaign, including Uber and Lyft.

.@Uber and @lyft executives are preparing to cash in by taking their companies public, so they’re squeezing their drivers and slashing their pay. The drivers are fighting for living wages and better working conditions—and I stand with them.https://t.co/pjWvOCLHYC

Uber & Lyft are worth billions of dollars, but their business model depends, in part, on low wages for their drivers. I stand with ride-sharing workers who are organizing for better pay & benefits & the opportunity to bargain collectively. https://t.co/pmVAZUNDLW

Indeed, many of the Democratic candidates have not only advocated for gig workers but have also used their positions to demand for labor reforms. In May, senator Bernie Sanders introduced a bill to protect workers’ right to unionize, co-signed by senators Warren, Kirsten Gillibrand, Kamala Harris, and Cory Booker, as well as co-sponsored a similar bill that would reclassify the definitions of being an employee, also co-signed by Booker and Gillibrand.

Uber is not a poor company. It paid its top five executives $143 million in compensation last year, including $45 million to its CEO.

So why are Uber drivers struggling to put food on the table?

I stand with striking Uber and Lyft drivers today. The greed has got to end. pic.twitter.com/4esvwHApjX

Uber says it can’t pay its drivers more money, but rewarded its CEO with nearly $50 million last year. People who work for multibillion-dollar companies should not have to work 70 or 80 hours a week to get by. I stand with the Uber and Lyft drivers going on strike on May 8.

Despite Democratic candidates indicating concern over Uber’s treatment of its gig workers, ride-hailing has become central to their campaign operations. Out of the 2020 presidential candidates, the most vocal about Uber and Lyft’s labor model are also the ones making plenty of payments on ride-hailing services, according to Federal Election Commission (FEC) filings from Jan. 1 until now.

Collectively, these Democratic candidates’ campaigns took at least 2,629 Uber and Lyft rides and spent at least $68,481, according to FEC data. (Meanwhile, the Trump re-election campaign alone spent about $18,239 on 1,140 Uber rides in the past two quarters.)

Quartz contacted all of the candidates’ representatives for comment and will update this story with any responses.

With the exception of Sanders, the leading candidates have taken more Ubers and Lyfts than any other ground transportation services (rentals, limos, taxis) in the past two quarters, according to FEC data.

The number of rides they take shows the convenience of and growing dependence on ride-hailing when campaigning town to town, particularly as Uber and Lyft spread to more rural areas. Plus, it’s often a more cost-effective option than renting a car or driving around in a limousine.

While the ride-hailing companies have upended the taxi industry, some candidates still used taxis in cities like Newark, New Jersey, New York City, and Boston.

While Warren’s campaign has taken the most rides, Harris’s campaign, a 44-member team, has spent the most money. Harris, whose brother-in-law Tony West is Uber’s general counsel, has previously said that she is “standing” with gig workers. Her campaign has spent $14,344 on 149 rides to date.

Other presidential candidates who have voiced support for striking workers include mayor Pete Buttigieg (who has spent $9,152 on ride-hailing services to date) and entrepreneur Andrew Yang ($9,375). Former vice president Joe Biden, with a 185-member campaign, spent $2,579 in the second quarter; his campaign did not file expenses for the first quarter. Booker has spent $4,317 on rides, and Gillibrand, $8,200.

The growing use of Uber and Lyft is also blurring political divisions. Uber has long been seen as a “GOP darling,” but in reality, both Democrats and Republicans use Uber.FEC data shows Democratic candidates, including Buttigieg, Warren, and Booker, have a preference for Uber over Lyft. Harris has a slight preference for Uber. Sanders, however, in both quarters, hailed more Lyfts than Ubers.